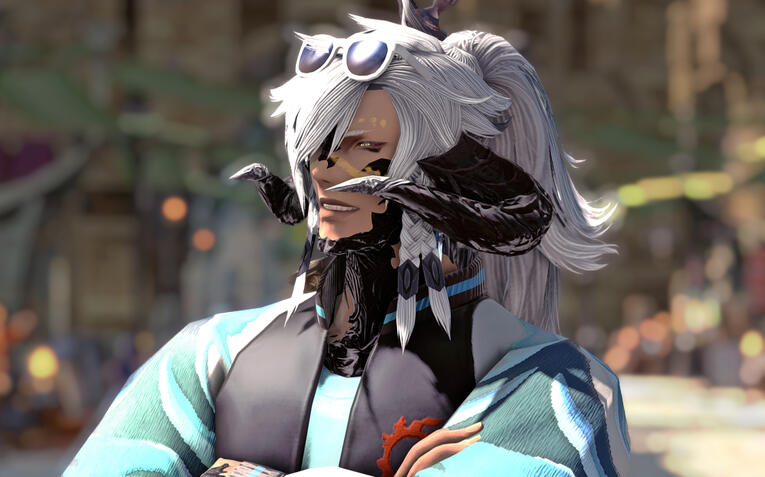 We will wash the grass with our blood every year for the Naadam, but we will not give the same sacrifice to our neighbors who live under tyranny? Soon the wave of blood will be on our lands, flooding the Steppe and will you be surprised? No. You best not be. For all that the warriors you are, you still lack a spine. 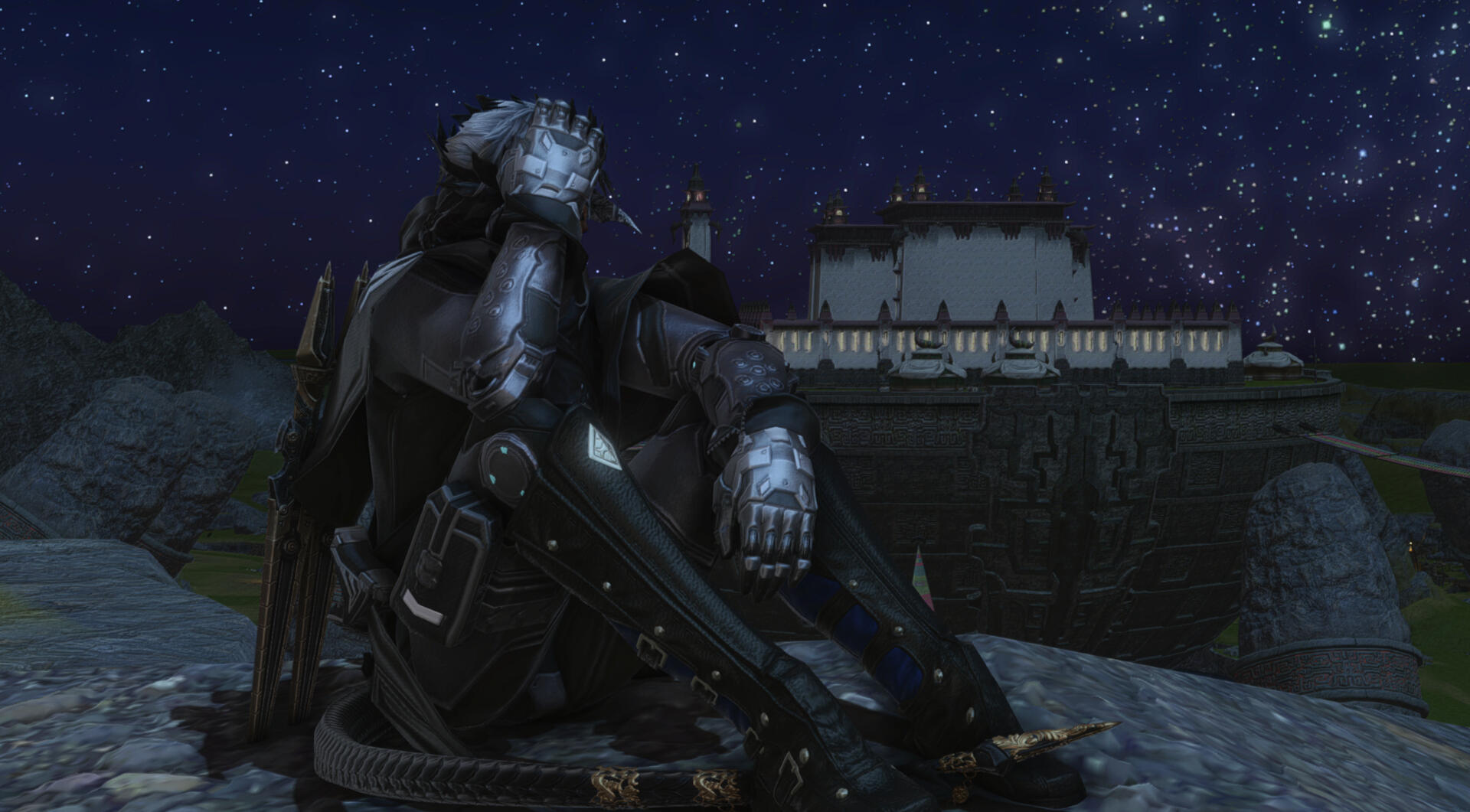 Height: 7' 1"Age: 26Nameday: 15th Sun of the 6th Astral MoonGuardian: Nald'thal, the TradersOrientation: Mostly gay, but some girls be pretty hella.Job: Traveling, disgruntled healer. Also a bouncer and dancer at various clubs.Occupations: Has dabbled in all crafts. He's chasing that bag.Grand Company: The Immortal Flames

Being from the Dataq tribe, Khalir's first memories are settled in a saddle in front of his father. The glaring sun of the Steppe in his eyes. Skirting the edges of desert and mountain ranges. He was always more comfortable on the back of a horse than even using his own legs because his people rarely ever stop. Only when the heavens crack open and pour until the grasslands turn into mush. Those are the only times he got to sleep actually lying down.The Auri male is used to sitting back in the saddle and staring up at the sky as their group marches ever forward slowly across the Steppe. Free, but not free enough. As a child his mind would wander to what's beyond the horizon. Speaking with fervor to any adventurers they come across and begging them for tales of their exploits. It sparked something in him. Some want that his father saw and allowed to cultivate over years.As he grew, the older man would let Khalir wander farther from their reaches. And once he was a teenager, he would often come up with excuses to leave the grasslands to go into town. Despite their tribe being able to survive completely off of the land. So twice a month he would make regular trips to Doma. It was there he saw the misery the Garleans would bring to people he'd consider neighbors. And it was here he'd meet one of his most dear, lifelong friends who would suffer at the hands of the occupation.The Auri male would feel resentment towards this. The fact that he knows his own people would stand by and let such a thing happen. Growing older and more emboldened, he would chastise his tribespeople for doing nothing. They would prepare for the Naadam every year, yet not give a shit if the Garleans are almost knocking on their doorstep. His discontent with the status quo would grow and grow as days pass by.Despite being trained in the art of war, he came across other adventurers who spoke of healing magics. That is something that seemed to entice him. Something uncommon among the Xaela. The power and ability to heal wounds in an instant. To bring people back from the brink of death, or even let them succumb to it. Those skills sounded very powerful indeed. Perhaps even able to change the tide in a battle. This is why, at seventeen, he told his tribe he would travel to Eorzea to find the source of these magics and bring them back. For there will be a day of reckoning when the Empire is not content just subjugating the Doman people. One day they too will come for their lands and their flesh. For one reason or another.So he packed everything he owned into the saddlebags of his horse and set out. He would stop by Doma if only to find his 'cousin' Naotaka and say goodbye. He knew not when he would return, but he would do his best to keep in contact. After a day, he moved on. Using what little money he had to book passage from Yanxia, to Kugane. Well, passage for himself and his mount. Which mind you is not easy to find. He would spend some time in Kugane doing part time work to refill his coffers.A few weeks creep by and Khalir finally managed to get enough money to procure passage across the sea. A long, long trip for someone that's barely been on the water. To say he, and his horse, were miserable is an understatement.The seventeen year old steps out onto Eorzean soil hating the ocean. All of it. Probably lakes and puddles too. He begins to ask questions, about where he can find the healers guild. The ones with the big sticks. After some confusion derived from his accent being quite thick and his fresh off-the-boat demeanor, he's pointed in the direction of Gridania. His navigational skills are exemplary, at least. In a few days time, he would arrive to the woodsy city and begin his tutuledge with the conjurers.Khalir had a knack for it too. Feeling the aether and the spirits. The power to weave aether through flesh; to mend wounds and yank others from the edge of death gave him a rush. It drove him hard in his studies. Working for years to build himself up. Acquiring skills and abilities. Honing his craft. While also doing some crafting and gathering on the side, since you need gil to survive.After five years the Auri man had gotten the title of a White Mage and was cut loose onto the world. Beginning his travels as a wandering adventurer. Going into dungeons and helping others slay monsters. He had done this for years. Chancing upon meeting Naotaka, his 'cousin' from Yanxia who had also migrated over to Eorzea after the uprising. Khalir also tried other jobs. Tanking, or dealing damage, but he still feels his real calling is healing.That's why when he met a Sage for the first time, watching them battle a huge beast, he was in awe. The fast pace of the skills and the ability to shield oneself and others, while also healing all of their wounds. Something about the movements enraptured him. The convenience of the weapons. He approached the man and asked to be taught in the ways of the Sage. Which this stranger obliged. Sharing with him knowledge and giving Khalir a new avenue to do what he does best.With these new powers, he finally feels like he's able to finish the mission he set out on so long ago.Maybe it's time to finally go back home... 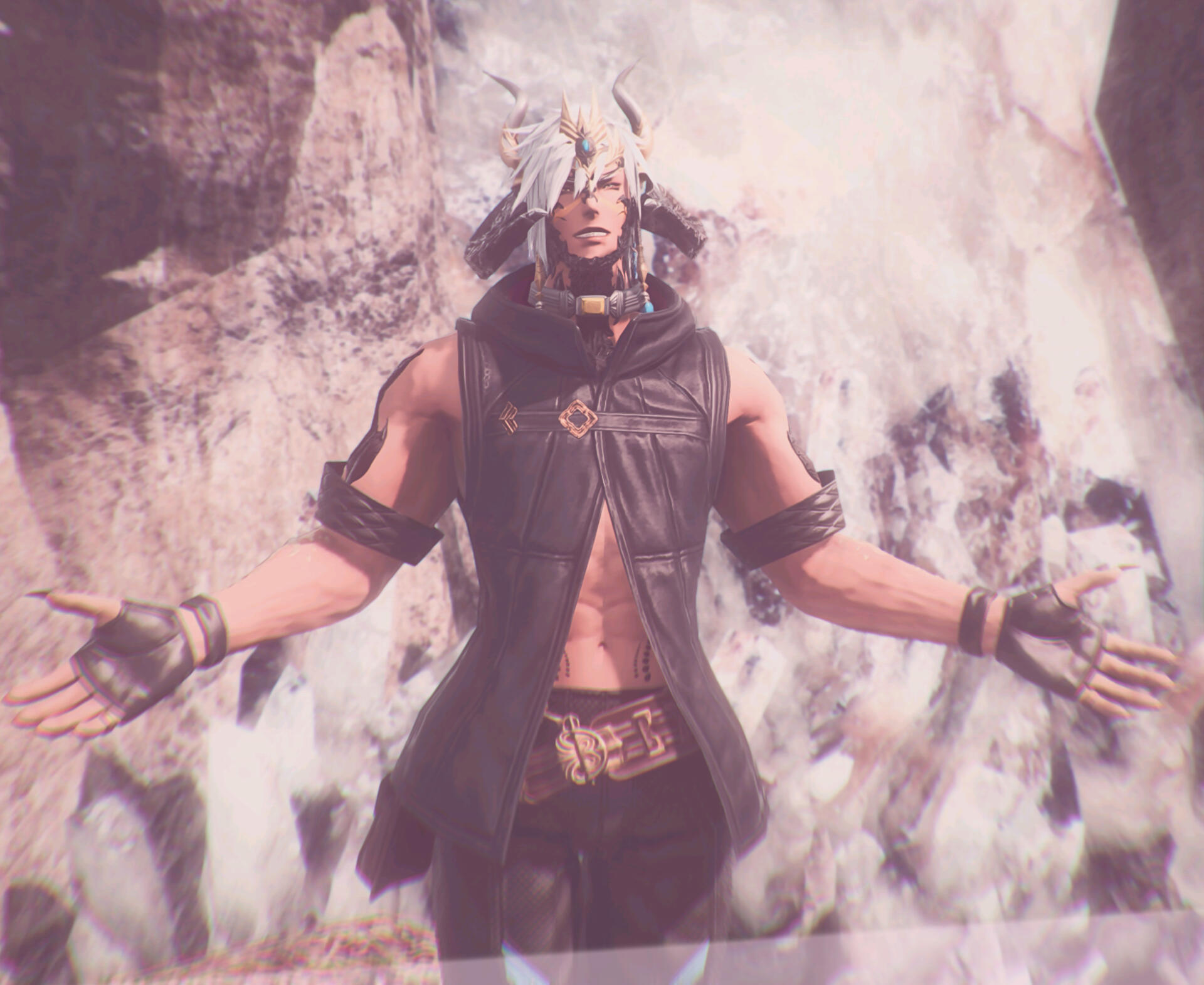 Khalir tends to come off as dry and abrasive. He's often found berating those he's teaming up with to clear dungeons. While quite closed off and reserved from people he's just met, he still has a measurable amount of charisma to navigate social situations. He just doesn't like to.Regardless of his apprehension towards other people, he will still sit down and have a conversation with you. Especially if he finds you interesting. Being of a nomadic people, he's not the best at keeping up with friendships unless the other party is the one reaching out.Despite being somewhat of an asshole, he's still enjoys fun and shenanigans when the time is right. One to tease others and make jokes of a more sarcastic variety. And he definitely won't hesitate to encourage someone to do something dumb that may potentially end up with them being injured. It's not like he isn't a healer, right?All of that changes though after he's had some drinks. The abrasiveness wears off and is replaced with a relaxed, more fun loving demeanor. There's no hesitation to hit the dance floor and show off his moves, or talk someone's ear off if they approach him.

I'm willing to have Khalir interact with anyone. I strive really hard to make each interaction feel as organic as possible.At this time I won't be having him ERP with anyone. It's okay to flirt and talk suggestively, but as far as doing a scene with smut that's beyond my limits currently.I'm capable of long form paragraph RP through mediums such as Discord. In game I will still likely be using a paragraph style of RP, though the text limit is kind of a bummer.I don't expect my partner to match length, but at least a sentence or two is sufficient. I don't like script style very much but if that's your preference I'll do my best to work around it!

Talk to you soon! 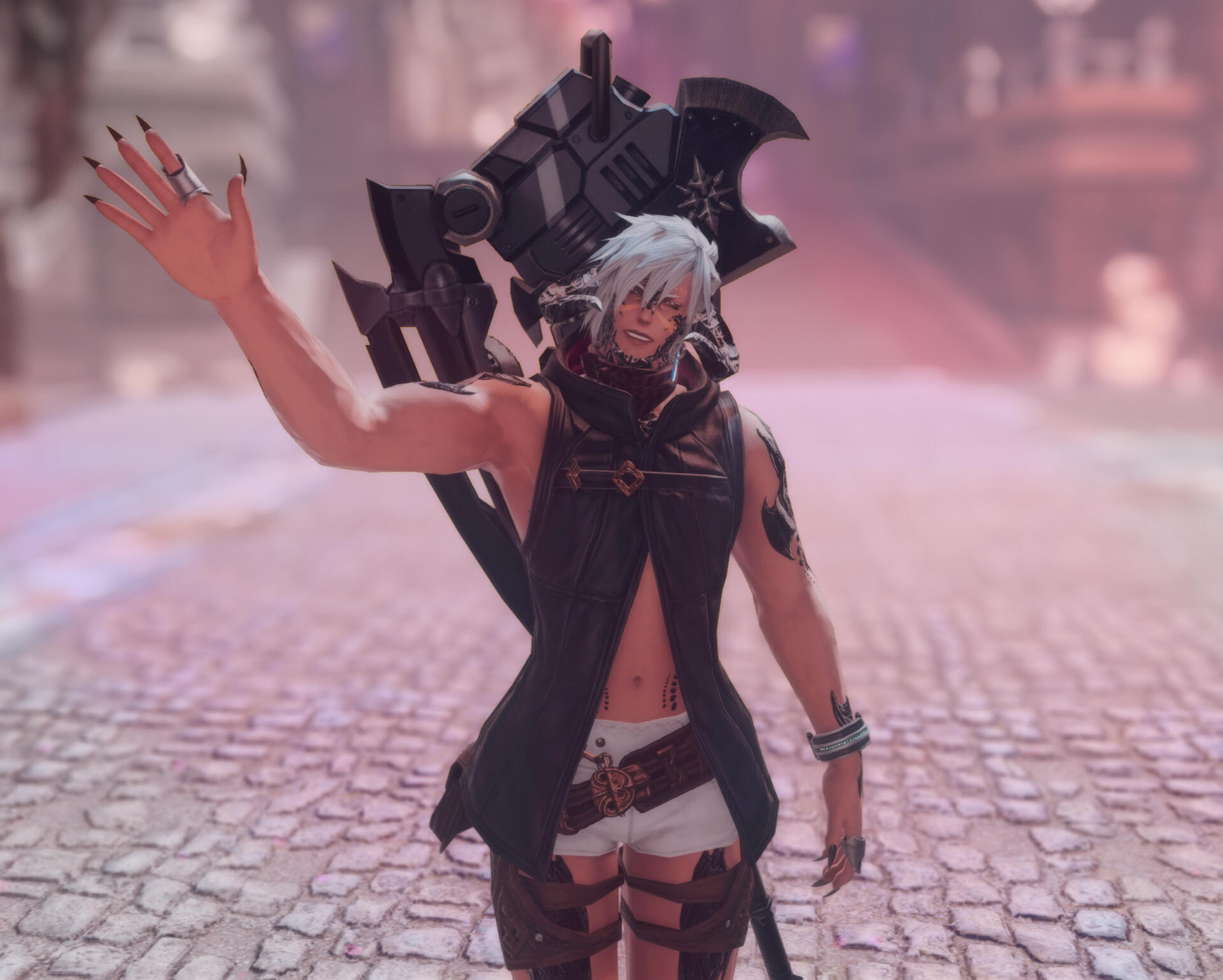 Thanks for taking an interest in my lizard man. Also, you're beautiful.